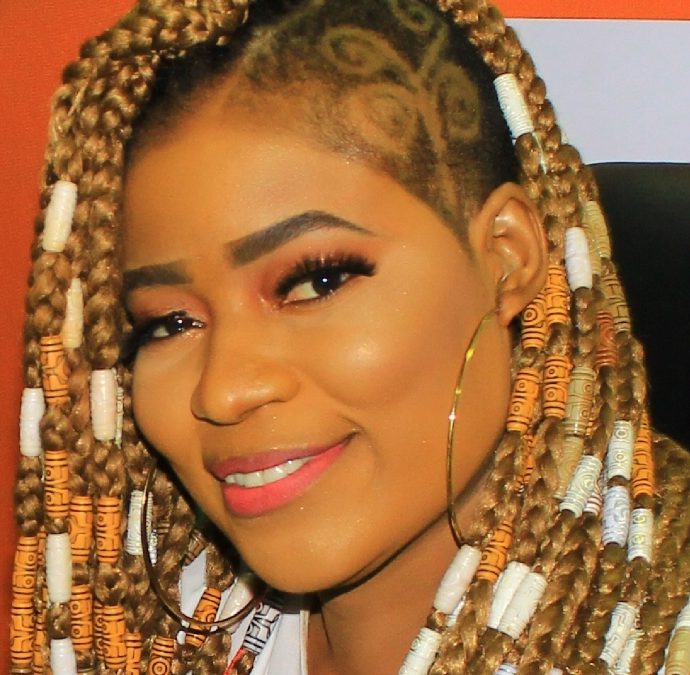 “You go through a full interview session and it comes out edited to be promoted negatively just to gain traffic and attention” those were the words uttered by CEO of Rufftown Records, Bullet, in a pensive mood as he struggled to salvage the reputation of Wendy Shay, whom he affectionately calls, ‘cash cow’.

However this statement of Bullet hasn’t gone down well with songstress, Shatana, who happens to be a close friend of Larry Bozzlz, the TV Africa presenter who quizzed Wendy Shay about her net worth on his Show dubbed “Video Ryde”, where Wendy made a mess of herself in her response, saying, “I’ve got so many stuffs too many. Woo. I mean I can actually buy the latest iPhone that is in town right now. I mean I do have a lot of stuffs, camera, iPad, I mean stuffs that every girl at my age is going to need I do have money to buy all of these things”.

According to Shatana, Wendy Shay was late for the show on the day that the “net worth “ interview was held on TV Africa, hence the show was recorded. “Bullet and road manager for Wendy Shay endorsed the video therefore for Bullet to come out with this orchestrated lie is a disgrace to his own record label, they decided to counter the original interview with a fake video to save Wendy’s image and other endorsement deals but that has backfired big time”.

“Sincerely TV Africa’s Larry saved Wendy Shay’s ass by not laying much emphasis on the blunder she committed on the show. She couldn’t even recite the Ghana national anthem with the excuse that she is not an activist, I admire Wendy Shay as a person but she should be able to stand for the truth whenever her manager cooks a sumptuous lie for public consumption”.

“How can you say that TV Africa edited a show when the full interview is already in the public domain”.

“We really need to thank God for the gift of life and also appreciate the works of the media because without them our voices won’t be heard”.

“Am urging Larry to come out with the whole truth and every evidence he have at his disposal including videos, audios and screenshot messages”.

Meanwhile, Wendy Shay has received several backlashes from the Ghanaian populace ever since she disclosed her net worth, ranging from popular actor Prince David Osei, Shay gang and many others.

Watch the full video of Wendy Shay embarrassing herself in the video below;