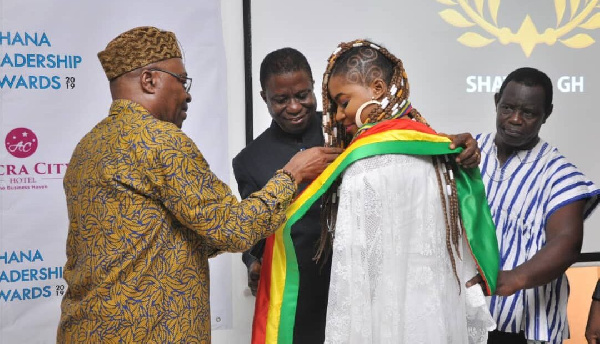 Multinational brands Duker Price & White, Fibonacci Group Company, together with Op Executive Organization has made “Shatana” an ambassador to help fight against nudity, prostitution, and child abuse in Ghana and across the whole of Africa.

The musician, who was signed for a 5-year ambassadorial deal from November 24, 2020 to November 24, 2025, will spearhead key initiatives to be launched by the board as she is expected to use her brand to help reduce the rate of prostitution, child abuse, and nudity and also to promote women empowerment in Ghana.

Shatana for over some time has been actively amplifying the request to end child abuse and has vehemently condemned any form of nudity anytime she grants an interview.

The renowned musician who was excited about the ambassadorial deal has indicated her readiness to help Duker Price & White, Fibonacci Group Company, and Op Executive Organization achieve their goals.

According to Shatana, she is impressed by their strong plan from on-ground initiatives that aim to end child abuse, nudity, and prostitution in Ghana.

The sister of the later Terry Bonchaka who has been in the music industry for some time now has received several awards which include the Generational leader of the year, Contemporary song of the year, and Favorite artiste of the year at All under Ghana Leadership Awards 2020.