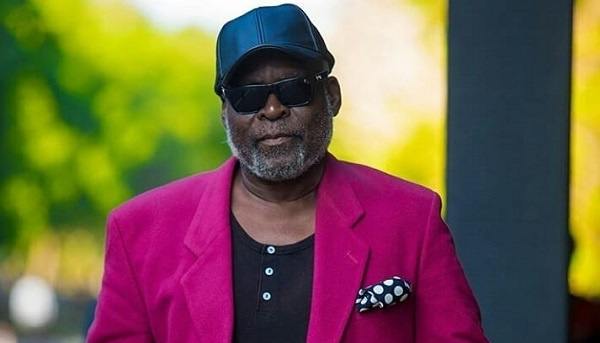 Actor Kofi Adjorlolo has credited his sudden boycott of Klikor, Nogokpo gods to a musician known as Shatana.

The veteran in an exclusive interview with GhanaWeb indicated that he was bent on resorting to some powerful deities, [Klikor, Nogokpo gods] to help him retrieve his locked-up funds but that couldn’t come to fruition due to the intervention of Shatana.

He stated that, the thought of resorting to the deities weighed on him because he couldn’t fathom why some Ghanaian movie producers refused to pay him after he had starred in their movie.

However, the actor heaped praises on the budding songstress for settling the debt of movie producer, Ola Michael.

“Few days ago I received a call from an unknown number, she disclosed her identity as a musician called Shatana….she explained that she has been monitoring the arguments between myself and Ola Michael which really disturbs her, therefore, she is settling the bill on behalf of Ola…” Mr Adjorlolo explained.

How the fight began

Kofi Adjorlolo, chastised movie producers in the country for failing to pay him after he had starred in their productions.

The actor indicated that many Ghanaian producers lack the requisite attitude to properly manage both top class and upcoming performers.

“Some of the producers in Ghana here, they should respect themselves…old man like me, they call me to come and work and they can’t pay me…

“About seven producers in this country owe me monies…why? And then I’m sitting at home, I’m hungry, and then when I’m sick too nobody pays attention…Look we have elderly people lying down on their sickbeds and these producers owe them,” Mr Adjorlolo revealed in an interview which was closely monitored by Ghanaweb at the time.”

Kofi Adjorlolo further explained that he left his over 17-year-old broadcasting career for acting yet ever since he became an actor, he has been taken for a ride by the producers which really breaks his heart.

“Actors in Ghana here know what I’m talking about, these producers don’t pay!” he reiterated.

Why Adjorlolo considered klikor, Nogokpo gods as an option to retrieve his monies

The award-winning actor made it clear in a recent interview he had with Christian Agyei Frimpong on Accra-based Onua 95.1 FM that he is tired of chasing the said movie producers for his money thus he would use “ several ways” to retrieve his locked-up funds.

The veteran asserted that “I schooled in the Ashanti Region so I know ‘Antoa’ and I’m a Voltarian from Klikor Agbozume which is not far from ‘Nogokpo.

“When Ola Michael contacted me for ‘Mad House’ movie, they gave me 12 scenes. It was left with just one scene but I had to leave for a funeral, when I came back I sent a message to them asking when I can come and finish my last scene and they never got back to me again.”

“If they don’t pay me my money, there are ways I can get my money, it’s not just me but I’m fighting for the entire movie industry.” he insisted.

Meanwhile, the Nogokpo shrine is one of the most revered shrines in Ghana and even beyond the borders of the country and it’s located in the Volta Region.