Akuapem Poloo is a disgrace to womanhood – Shatana 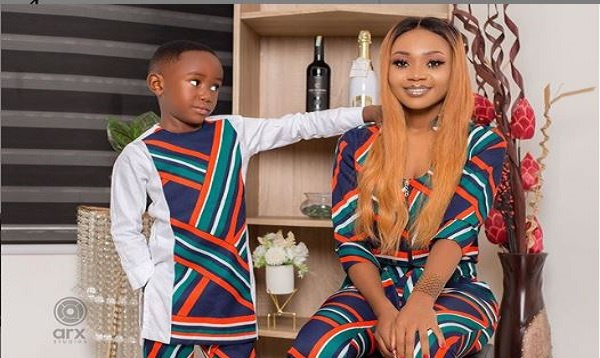 Musician, Shatana has described actress Rosemond Brown a.k.a Akuapem Poloo as a disgrace to womanhood.

According to Shatana, the quest for popularity has corrupted the mindset of Akuapem Poloo thus propelling her to embrace unscrupulous acts.

” I just can’t believe why a mother will pollute the mindset of her own kid and Ghanaian youth all in the name of attention and fame, sincerely Akuapem Poloo is a big mess and a disgrace to womanhood”, she told Spanlo Jackson on Okohene TV.

The visibly sad Shatana however encouraged activists and other human rights organizations to invite the actress for questioning.

” This is highly unacceptable and I implore our able activists and other human right organization to take her on for serious questioning”.

Akuapem Poloo recently celebrated her son’s birthday in awkward which drew a lot of attention in the media space.

To celebrate her son’s birthday, the social media star did a photoshoot with her son while she was stark naked.

The actress’ son was also dressed only in his underpants.

Akuapim Poloo as she is affectionately called by some Ghanaians shared the photo on her Instagram page stressing that she was naked because that was how she was when she gave birth to her son.

“You see how you looking at me always remember that I love you, I’m naked in front of you because this is how naked I was giving birth to you, so in case you find me naked lying somewhere don’t pass by me but rather see me as your mom who brought you to life,” she wrote.